It was my birthday and a Saturday morning. Naturally, I wanted to sleep in, relax and snuggle in my adult sized blankie. (Unashamed.) My eyes were heavy and my comfort level was at a 10, but I felt wide awake.

The desire to sleep did not go away, nor did the pressing I felt to wake up and start my day despite the fact that it was before 7 am. Did I mention it was a SATURDAY?!

I tried to negotiate, “OK, we can talk while I lay here.”

But I knew that wouldn’t cut it. I gave my blankie one last hug and I threw on some sweats and my sneakers and headed out the door with my music in hand. I have a playlist called “Quiet Time” and let’s just say it hasn’t really been played much lately. I hit shuffle and that’s where He began to work.

I hit shuffle to allow a random order, but He showed me there is nothing random about the steps He orders for each and everyone of us. Our idea of “shuffle” is His idea of our surrender to Him.

I was only a few steps into my walk and God was already wrecking my life. The first song played and I began to feel tears welling up and all that I’ve learned to contain began to stir inside. It was as if He was speaking directly to me, letting me know He saw me, He heard me and He was just waiting for me to stop holding back. He was asking me to spend time with Him.

When the song ended I pressed paused and asked, “Is there anything else you want to say?”

I heard “I love you.” So I pressed play and listened for more. The song was asking God for forgiveness for different things. We all know the “big” sins, but I hadn’t done any of those.

I started asking forgiveness for things and as I spoke I found myself saying something I had buried deep in my heart; something I didn’t even know was preventing me from spending time with Him. As I told Him how I felt I began weeping.

Now when I say weeping, I mean weeping. Like I’m thankful it was early morning and the spot of Golden Gate Park I was walking through had no people. I was walking and crying so hard I couldn’t open my eyes.

The specific of what I said to Him is between me and God. There are just some things that remain private in intimate relationships. However, the general idea was a feeling of being forgotten and falling victim to comparison.

As the song came to an end I pressed pause and sat with Him in that moment. There was nothing to say, I just needed to be with Him. I needed to sit and rest, after all, that’s what I’d been trying to explain to Him all morning as I fought about getting out of bed. But He had a different rest in mind for me.

I pressed play and heard silence. I forgot the song had about two minutes of empty track so I decided to let it play out and stay in the quiet. About a minute later music started playing. It was a hidden track I’d never heard before. The artist began to speak and every word was as if he was reading straight from my heart. The deepest of me was rising to the surface.

The next song played. It is Well. Reminding me that circumstance doesn’t dictate my safety or comfort. Unanswered prayers don’t mean He isn’t listening or working on my behalf. It is Well.

Each song built upon the other, walking me deeper into His presence and further into the place I’d been longing to go. The songs orchestrated the unlocking of doors inside me I hadn’t realized I’d bolted shut.

On the morning of my birthday, my 33rd year, my Jesus year, He took me on a walk that set me on a new path. He reminded me He loves me. He loved me before I ever loved Him or knew what love was.

He reminded me that love leads me to intimacy with Him that allows me to be open and unafraid to give Him what I deem as the good and bad of me. In asking and receiving His forgiveness I am reminded that I am safe, protected and loved and that all is well in His presence.

This birthday was different. All day I couldn’t quite put my finger on it, but something was radically different than any other birthday. At the end of the day as I reflected on my morning walk, sweet time with friends, birthday wishes and greetings and surprises I realized what was different …

there was no sadness.

Every birthday I always had some level of sadness and I didn’t even realize that until my 33rd birthday when sadness was not present, it was not invited, it had no place.

My birthday wish was simple:
I wanted this year to be the one that marked a completely different chapter in my life.

And that’s exactly what He has done. 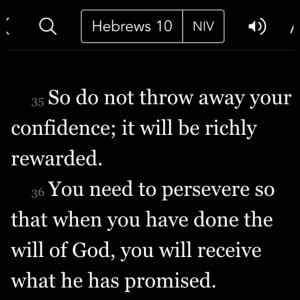 And if you’re curious, here’s my birthday playlist:

This site uses Akismet to reduce spam. Learn how your comment data is processed.